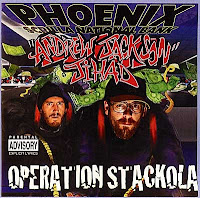 Another from Andrew Jackson Jihad. Technically an EP, this is an odd collection of 4 covers and 4 originals.

I know these last two posts have pretty short descriptions for not having posted anything in a week, but such is life.

Posted by Chris at 20:19 No comments: Links to this post 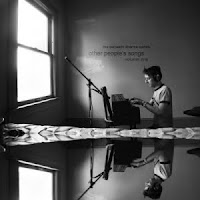 An album of acoustic cover songs by Mat Vuksinich aka The Sarcastic Dharma Society. Pretty varied selection, from Why? to Andrew Jackson Jihad. Track 2 (Shit On My Heart) is good enough on its own to be worth checking out.

Posted by Chris at 19:44 No comments: Links to this post 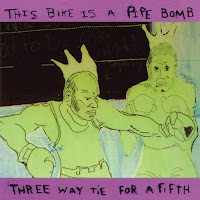 This Bike Is A Pipe Bomb (formed in 1996) is an anarchist countryish folk-punk band from Pensacola, Florida. It's fun, high-energy, and charmingly messy. Apparently they started out as a new wave band, then a tongue-in-cheek country band, then evolved into their current country-folk-punk incarnation. This Bike Is A Pipe Bomb is part of the Plan-It-X record label family. Sister label Plan-It-X South is run by TBIAPB drummer Teddy Helmick.

There have been a few instances where bicycles with This Bike Is A Pipe Bomb stickers on the frame have been destroyed by the bomb squad. Yes, really.

Posted by Chris at 11:39 No comments: Links to this post

This Charming Man - Every Little Secret... 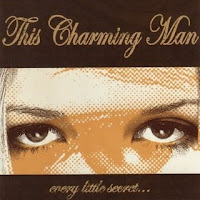 http://www.mediafire.com/?jycgyuvwmj0
Tracks:
1. Bleeder
2. There is a Thunder (Out in the Distance)
3. Sometimes You Eat the Bar (Sometimes the Bar Eats You)
4. Cut the Rope (Before it Hangs Us Both)
5. Kiss Me, I'm A Pirate
6. Sweet Delta Blues

Posted by Chris at 10:36 No comments: Links to this post 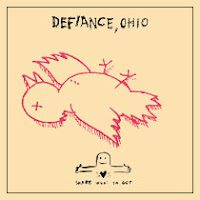 This album is probably in my top 3 favourite albums of all time. Defiance, Ohio is the band that really got me into folk-punk, and I still think they probably do it better than anyone else. Great lyrics; interesting, dynamic, songwriting. Not that the album is flawless, but it's perfect in the sense that there isn't a bad song on the album and it all flows so well. They really hit a winning formula, and I have been wishing for a new album from them since 2007. This is their debut album, and the two subsequent albums each changed the formula ever so slightly; enough to keep it fresh without changing the spirit of the band.

Defiance, Ohio, releases all their music for free on their website, but I have uploaded it here in a convenient zip file. 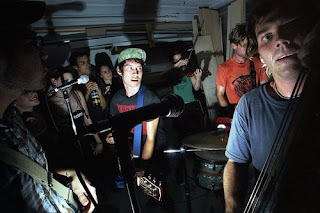 Johnny Hobo and the Freight Trains - Love Songs for the Apocalypse 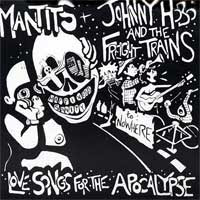 To be fair, this is only the first half of a split with MANTITS. But I've never found the second half of it so this is all I have to share.
Johnny Hobo and the Freight Trains is a drug-fueled anarchist-nihilist singalong folk-punk band. Featuring Pat the Bunny on guitar and vocals, this band is amazing fun.
They broke up in 2007 and Pat the Bunny went on to form Wingnut Dishwasher's Union by himself. Which is basically the same sound but less drugs and more politics. 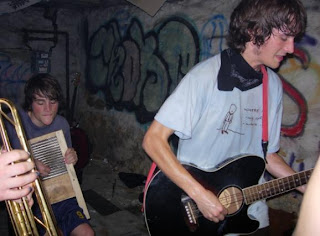 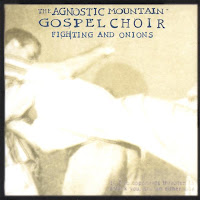 The Agnostic Mountain Gospel Choir is a band from Calgary that plays a mix of traditional blues, old-timey folk, and gospel. They play it a lot louder and more electric than most similar bands though. Think an faster, full-band William Elliott Whitmore. Or a less bluegrassy Split Lip Rayfield.
Anyway, it's good, and they're local (to Calgary).

Posted by Chris at 09:24 No comments: Links to this post 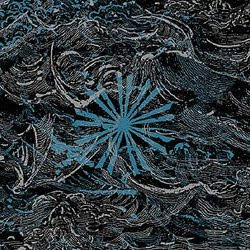 This band reminds me a lot of Gallows' latest album Grey Britain for some reason. I was actually going to post Grey Britain but it's a popular enough album to make charts in the UK so there's really no point in me posting it. Also, it would be inviting trouble. Check it out anyway.

Anyway, this band is Shipwreck A.D. They are from Boston. I just found them today and enjoyed this album enough to shelve it in my little corner of the internet nobody cares about just in case anyone stops by today and is wondering what's up. I'm really tired today so hopefully said passers-by don't much care if I don't write anything worthwhile. I was not very pleased when I found out today was only Tuesday.

Posted by Chris at 20:50 No comments: Links to this post 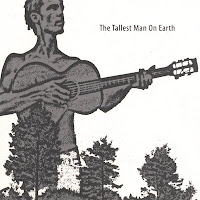 http://www.mediafire.com/?s0nammtmziz
Tracks:
1. It Will Follow the Rain
2. Walk the Line
3. Steal Tomorrow
4. Over the Hills
5. Into the Stream

The Tallest Man On Earth seemed to come from nowhere, but has a new, personalized sound that I just cannot get enough of. His real name is Kristian Matsson, and he also plays in the band Montezumas. I'm pretty sure Montezumas came first, and while definitely pretty good in its own right, it can't really compare to this. This self-titled EP was released in 2006, and he also released an LP called Shallow Graves in 2008.

If you're not already aware of The Tallest Man on Earth, check it out. I very much doubt you will be disappointed. Buy the full length album if you like this; the sound quality is higher, it has twice as many songs, and its really goddamn good as well. 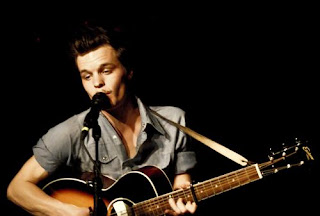 Posted by Chris at 20:42 No comments: Links to this post 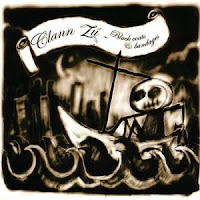 http://www.mediafire.com/?izt0y1nvypz
Tracks:
1. Black Coats and Bandages
2. There Will Be No Morning Copy
3. So Complicated
4. T [Éan Bán]
5. One Bedroom Apartment
6. From an Unholy Height
7. An Deireadh Scéal
8. From Bethlehem to Jenin
9. You'll Have to Swim
10. A Sudden Intake of Breath

Clann Zú was a band that was around from 1999-2005, releasing two albums of a unique blend of post-rock, celtic music, punk, and, at times, classical and electronica. Lead singer Declan de Barra's incredible operatic voice really makes Clann Zú stand out, and he sings in both English and Irish.
Their first album, Rua, had stronger celtic and electronic influences, but this album seems somehow more complete to me. Sadly, they broke up shortly after the release of this album. 'One Bedroom Apartment' is a spectacularly epic song and the best song on a very solid album.

Declan de Barra now has a solo career and has released two acoustic folk albums which are very good in their own right. I'll get around to posting them eventually.

Posted by Chris at 20:25 No comments: Links to this post 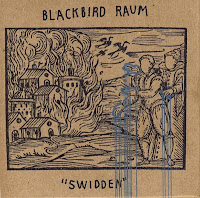 Fast, dark, gypsy-styled folk punk from Santa Cruz, CA. Earlier, I compared Hail Seizures to this band. Apparently Blackbird Raum is often seen busking in their hometown - I wish we had buskers this amazing where I live, because I'd probably spend a lot of time on the street watching them. Accordion, washboard, washtub bass, banjo, singing saw, screaming! They definitely have their own sound going on here, and they sound like they're having incredible fun doing it. 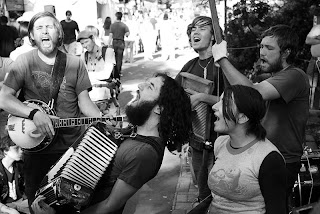 Posted by Chris at 09:46 No comments: Links to this post 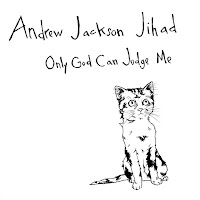 Andrew Jackson Jihad is one of my favourite bands of all time. Incidentally, I have never heard a band that really sounds anything like Andrew Jackson Jihad. AJJ consists of two guys: Sean Bonnette (guitar and vocals) and Ben Gallaty (upright bass). Together, they play a unique interpretation of American folk music, combining relatively traditional arrangements with brilliant lyrics ranging from the heartfelt to the bizarre to the somewhat obscene. Songs about love, murder, cancer, smoking, and mental illness somehow all come together to tell about the dark side of people.

They're also pretty prolific, having released 3 full LP's, 3 EP's (of which this is one; they're pretty long for EP's) and 4 Splits since 2007. Just more to love. 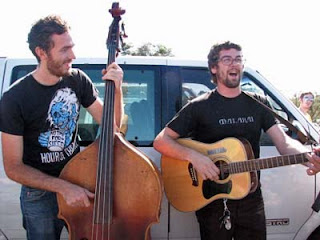 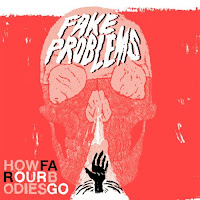 Fake Problems is a band from Florida that play a sort of alt-country - punk - indie hybrid. They sound at times like a more countryish Against Me!, although I suspect that's more to do with the charismatic lead singer Chris Farren. In any case, a very solid and enjoyable band.

Posted by Chris at 20:21 No comments: Links to this post 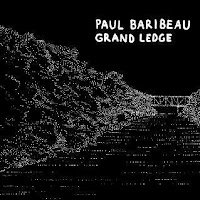 http://www.mediafire.com/?yyyjzeylino
Tracks:
1. Christmas Lights
2. Ten Things
3. Nothing To Say
4. Hard Work
5. Falling In Love With Your Best Friend
6. Things I Wish
7. Like Bells
8. Better Than Anything Ever
9. Last Time

Paul Baribeau makes real good, honest folk music. Strictly him and his acoustic guitar (and some awesome lyrics), Paul Baribeau shouts out heartfelt, simple, charming songs about love, depression... and Michigan. This album seems to go by too fast.

Posted by Chris at 21:30 No comments: Links to this post 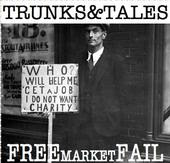 Good folk/countryish band from Pennsylvania. Sounds kind of like a stripped down Chuck Ragan, but has some slower songs as well.

Posted by Chris at 14:48 No comments: Links to this post 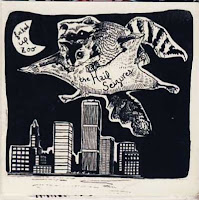 "the hail seizures are a punk band from olympia, wa. they play acoustic instruments and break lots of strings."

Pretty much sums it up, hard to improve on that. They sound kinda like Blackbird Raum, which I haven't gotten around to posting here yet but will do so eventually. Cello! Guitar! Violin! Shouting! Fun!

Posted by Chris at 13:47 No comments: Links to this post