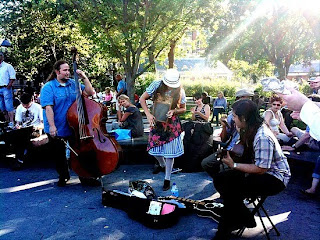 Much like their namesake, The Bill Murray Experience are pretty fucking cool. Old-timey jazz, ragtime,  and roots music, but new!

I'm really not in a write-y mood tonight, sorry.

Posted by Chris at 19:19 No comments: Links to this post

Death Vessel - Nothing Is Precious Enough for Us (2008) 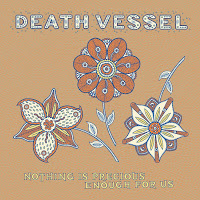 Folk band headed by singer-songwriter Joel Thibodeau. You may be surprised to learn that the singing on this album is performed by Joel, as it is in an unusually high register for a male. Regardless, it really works with the music. It is interesting modern folk music, with fantastic acoustic guitar playing and very tasteful additions of other instruments scattered thoughout. The electric guitar solos, when they appear, are almost Marc Ribot-ish, which adds an interesting flavour to the songs.


http://www.myspace.com/deathvessel
Posted by Chris at 19:15 No comments: Links to this post

Blackbird Raum - Under the Starling Host (2009) 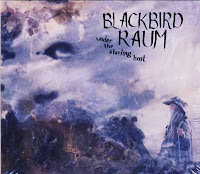 Blackbird Raum formed out of the nucleus of a squatter community living in abandoned buildings and greenbelt treehouses in Santa Cruz, CA, in the early 2000's. Finding themselves living without electricity, they began to learn to play folk instruments from each other and other members of the traveling punk/folk culture. They all grew up playing in anarcho-punk, indie and ska bands and then, knowing next to nothing about traditional music, slowly gathered together the skills to create a new genre of music, based somewhere right in the middle of punk and folk.


Refusing the retro cliches of many of their contemporaries, they write entirely original music (in both senses of the word) that is reflective of the world they live in: a realm of abusive police, ecological devastation, creeping ambiguity and vague fear, but also a strong sense of community and a deep love of a natural world constantly on the verge of collapse. They jump back and forth between extremely fast metal-influenced jug band dance numbers and quasi-medieval chant-and-drone while doing herky-jerky hardcore-influenced time signature gymnastics...   - - - http://www.blackpowderrecords.com/raum/

Anyone who has read my blog for more than 5 minutes (most don't), knows that i have a special love for old-timey folk, and same aforementioned influence applied to modern music that dominates my music preferences.
http://www.blackpowderrecords.com/raum/
Posted by Chris at 10:24 2 comments: Links to this post 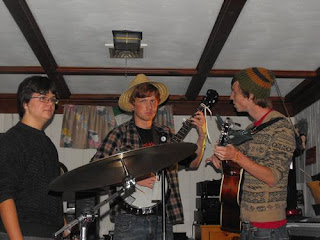 http://www.mediafire.com/?jkjgzzz3inz
Folk/folk-punk band from Connecticut. Reminds me of Rosa.
'Hugs are Drugs' specifically stands out as an excellent song.

As part of an ongoing campaign by Reality to make me feel bad about my accomplishments at the age of 22, the members of this band are still in high school.

http://www.myspace.com/fungwahbus
Posted by Chris at 10:03 No comments: Links to this post 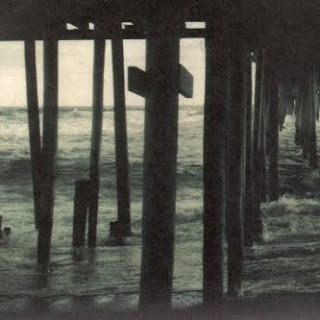 Post-rock band from Constellation, the Montreal-based label that brought you Godspeed You! Black Emperor, A Silver Mt. Zion, etc.
Esmerine is similar to the above (and shares some common members) but is primarily cello-based instead of guitar based. The cello is one of my favourite instruments ever. Someday i will purchase one.
Posted by Chris at 12:24 No comments: Links to this post 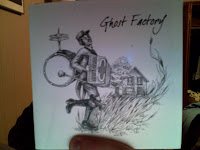 http://www.mediafire.com/?melmzj2jteg
Album from my buddy Rob, performing here as Ghost Factory.
Literate and interesting folk-rock that draws influence from such artists as Tom Waits but ends up being a very unique creation in its own right. Very varied, multi-layered instrumentation, and well-written songs. I heard this album before I really knew him personally and was tremendously impressed at the caliber of songwriting and the overall quality of the album.
You should listen to this.

< personal anecdote>
I asked him once if it was weird to go places like a friend's party and have your music come up on shuffle amongst tunes from such as Against Me! and Brother Ali.
He said it was very weird.
I lol'd.
< /personal anecdote>
http://www.myspace.com/aghostfactory

http://www.mediafire.com/?lyguyjzdzhz
Pretty Hot was a punk band formed in 2004 by Cathy, Ryan, and Geoff (the latter two of Defiance, Ohio). Theo (from Defiance, Ohio and Nana Grizol) joined them on drums for a while before leaving and being replaced by Ginger from One Reason.
Geoff also played in Disaster.

This shares some of the characteristic Defiance, Ohio sound (thanks mostly to Geoff, i expect) except with electric guitars instead of the folk instrumentation.

They have not officially broken up but apparently have no plans to ever play again.
Posted by Chris at 11:31 No comments: Links to this post

Appalachian Terror Unit - It's Far From Fucking Over 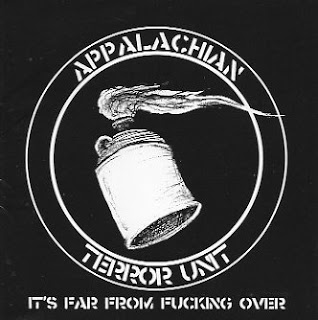 And a word on my genre tags: while i could be more specific with the genres i don't want a list of tags three pages long with like one entry per category. I try to maintain a balance between specificity and succinctness.

http://www.myspace.com/appalachianterrorunit
Posted by Chris at 10:31 No comments: Links to this post 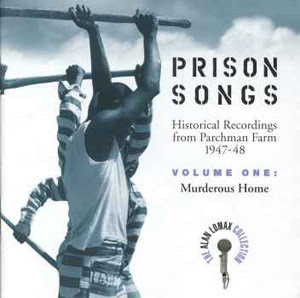 http://www.mediafire.com/?zz5dmdm1zmj
History lesson! Alan Lomax!
Alan Lomax (1915-2002) was a folklorist, music historian and 'ethnomusicologist' who recorded thousands upon thousands of folk songs from the US, UK, Caribbean, and others. In the '40s he produced concerts, recordings, and radio shows showcasing practically every form of music, from klezmer to jazz to spoken word to pop, blues and pretty much any form of world folk music you can name. This man is nearly singlehandedly to thank for the preservation of thousands of local folk songs before such cultures became marginalized under the weight of the modern world, as well as the resurgence of interest in such folk music in the latter half of the 20th century.


"These songs belong to the musical tradition which Africans brought to the New World, but they are also as American as the Mississippi River. They were born out of the very rock and earth of this country, as black hands broke the soil, moved, reformed it, and rivers of stinging sweat poured upon the land under the blazing heat of Southern skies, and are mounted upon the passion that this struggle with nature brought forth. They tell us the story of the slave gang, the sharecropper system, the lawless work camp, the chain gang, the pen." --Alan Lomax

Some of these songs were also used in O Brother, Where Art Thou?
I cannot stress enough how much you should be downloading this right now. It's important. Listen to it. This is music. 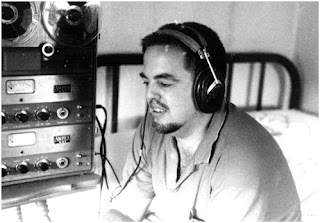 http://en.wikipedia.org/wiki/Alan_lomax
Posted by Chris at 15:37 2 comments: Links to this post 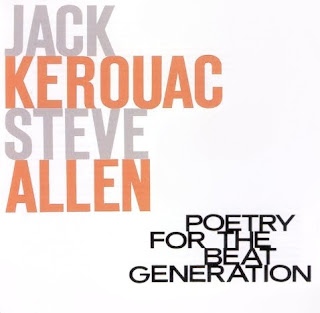 http://www.mediafire.com/?205xwtwnqez
Debut album from novelist Jack Kerouac. Here his spoken word poetry is accompanied by jazz pianist Steve Allen. If you like Jack Kerouac, spoken word music, poetry, or jazz piano you will enjoy this. It just... takes you places. Even if you don't know if you'll like it, give it a shot. It is absolutely tremendous.

For those who are more familiar with Tom Waits' Nighthawks at the Diner, this album is a fair bit like that. Although this came first so it is probably more accurate to say Nighthawks is like this. I LOVE Nighthawks (and indeed every single thing Tom Waits has ever done) so it makes sense I would enjoy this. 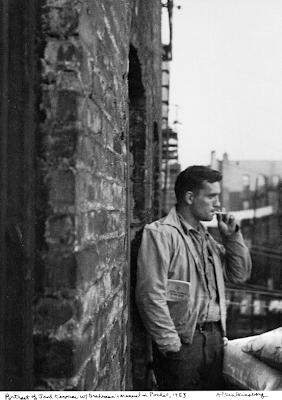